Luther’s close ally Melanchthon uses his knowledge of ancient philosophy and rhetoric in the service of the Reformation. 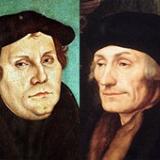 380. Take Your Choice: Erasmus vs Luther on Free Will 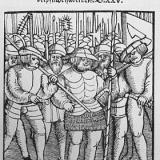 382. No Lord but God: the Peasants’ War and Radical Reformation

• S. Kusukawa, The Transformation of Natural Philosophy: the Case of Philip Melanchthon (Cambridge: 1995).

It might amuse you, that in W. Wisconsin, this brilliant intellectual has not been forgotten.  I live along Melanchthon Creek (about 5 miles total length).  Also, there's a hamlet named Black Earth... though perhaps for other reasons.

Thanks for another great episode, Prof Adamson!

As a PhD student after submission desperately in need of a job, I've naturally been spending my time doing a lot of research about protestant philosophy, for which this series is an invaluable aid. One trouble, though, is that my PhD isn't about philosophy, and consequently I am easily lost in the warren of competing concepts that the fundamental argument about the role of will brings up, despite your habitual clarity.

I think it's probably uncontroversial—as uncontroversial as you can be in the defining rupture of W. European civilisation—to say that the debate is over freedom vs sovereignty. Scripture teaches both that God is omnipotent and omniscient and that we tiny individuals must choose to follow the law instead of sinning. Protestants, broadly, emphasise the former and end up determinist. Calvin embraces this without caveat—he insists 'on the absolute sovereignty of God', as Diarmaid McCullough puts it.

The others, though, try harder to reconcile Sovereignty and Choice. This is where I get lost. Luther generally seems to be quite down-to-earth and crude in more ways than one, but when it comes to this question he makes a down-right scholastic distinction between the 'necessity of immutability' and the 'necessity of compulsion'. How can he maintain that distinction when sovereign God has foreordained what is? Where can the line be drawn between the impulse of our own natures (immutability) and God's rule over that nature (compulsion)? Alec Ryrie, with his command of turn of phrase to rival your own, describes as Melanchthon as 'smuggling in an ability to resist God's grace', and in this episode you stress how he asserts that sin is not ordained by God. Well, if not by the absolute sovereign without whom nothing is possible, then by whom? It seems like a claim that he does little to back up and, if true, would undermine that central pillar: God's sovereignty. The whole approach just *feels* defensive.

Anyway, I was moved to put my thoughts down somewhere and here they are. Do with them as you will—if such a thing is possible! Perhaps some discussion of the question with one of your guests or in a Counter-Reformation thinker episode would be helpful. I suppose a reasonable conclusion here is just that we non-philosophers might need a bit more hand-holding through this particularly tangled forest.

(P.S. I realise this makes me sound like a Catholic apologist. I'm not!)

Yes, I agree this is not an easy thing to get your head around. The first thing I'd say is that there is a difference between knowing something will happen and making it happen. I mean, if I kick a ball then as you watch it fly through the air you know it is going to land, but you don't make it land by watching it or predicting the landing. (Ok, you don't "know" in the 100% certainty way that God does, because something unexpected could happen, but I think the point stands.) Now Luther, unlike Calvin, does not think that God "predestines" anyone to sin and be damned. Rather, He knows (immutably) that the damned will freely choose their own damnation by being sinful. In addition, He steps in to help some people avoid this fate, by giving them grace; and like Calvin he would say that it is a free choice on God's part who, if anyone, gets saved.

Thus I think the step you may be struggling with is that "foreordained" is ambiguous: God foreknows sin and also knows He will give grace to some, but He does not have to choose to damn anyone or will their sin, because humans, being sinful, will take care of that part themselves. To put this another way, Luther follows the classic Augustinian "asymmetry" point I mentioned in episodes on these topics way back in the late antiquity and medieval series, namely that God has to do something actively to save humans from damnation, but when He does not save people He just (as it were) watches it happen, but knowing in advance. 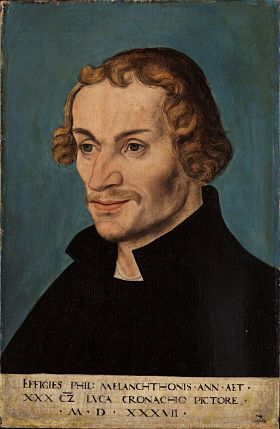