Charles Burnett tells Peter about the role of magic in medieval intellectual life. 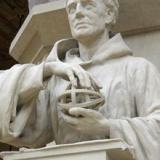 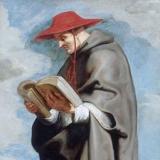 Full list of Charles Burnett's publications which has to be seen to be believed.

Hi - is there a stand alone book that you would recomend for further reading, perhaps on Magic in the Middle Ages.

There's a book called "Magic and Medieval Society" which I looked at preparing to do this interview and it is pretty introductory but covers a lot of ground:

Hi -- is there a transcription of the podcast? Some of the texts and names mentioned were hard to make out. If not, would it be possible to list some of people and texts mentioned?

Of course all the scripted podcasts appear in the book versions; the interviews are more of a problem. Usually the list of names in the timelines (see top menu above) are a good guide but in this interview there may have been some names that are not there. If there are any particular bits that you were curious about then tell me the time mark in the episode (like, at which minute and second it comes) and I'll see if I can tell you what Prof Burnett is saying.

References from the podcast

I carefully listened again to the podcast and heard these titles:

22:54 – “most important magical handbook of this period” Ghāyat al-Ḥakīm, Picatrix in Latin (The Goal of the Wise Man; Wikipedia page)

Perhaps you could correct the titles/names I got wrong?

Hi - thanks for your interest

Hi - thanks for your interest in this. I listened back and here's what I get out of it:

Yes, this is "De Universo" in Latin

This is a recent book of secondary literature, not a medieval work, but I am not sure what he is talking about! I can ask him if it's important for you.

What, will Mr. Adamson, who is ever careful to champion the cause of women in the history of "philosophy," fail to mention the contributions of witches when it comes to the subject of the high road of "magic"? Why such are older than the Arabs drawing on Hermes of Egypt or the
Zoroastrian magi; witness, for example, that of the dame of Endor who aided Saul, Alecto in the Aeneid and Erictho in Lucan's Pharsalia.

Further, has Mr. Adamson's memory so lapsed that he forgets Simon Magus; one of the founder of gnosticism? And did not Socrates himself have a "daemon?"

Meantime, Constantine punished sorcerers with banishment; Justinian with being burnt at the stake. And with what after all were some of the Kabbalists flirting with? In sum, you make it sound as if "magic" was, by and large, a development of the Middle Ages.

Without any gaps indeed!

Well, bear in mind this is a podcast on the history of philosophy, not magic or the occult. However I did cover Kabbalah (it got its own episode: number 168) and theurgy (in the Iamblichus episode: 93) as well as astrology in several episodes, as well as this interview with Burnett. So, there has been quite a lot of coverage of this sort of topic - a lot more than most historians of philosophy would do!

As for witches I actually have it in mind to do an episode on witchcraft and witch-hunting later on, when I get to early modern Europe, when it seems to be more of a thing.

Thanks for your reply, and no less your podcat; which, except for the portion on Eastern Islam (which I will catch up with at some later date), I have been listening to on my own, personal schedule (as opposed to their schedule of original airing) since 001.

Tongue and cheek aside, the adoption of hard core evil, gross immorality or serious crime as means to achieve "the good" -- or someone's idea of the good is and has been in truth an earnest school of thought; and which, although usually dwelling in the shadows (aside from rare moments like the speeches of Thrasymachus or the Melian dialogue in Thucydides), is not only time honored, but, as Plato himself decried, a system of belief wrongly attribuited to gods, and yet even so in common practice a system attributed to very gods nonetheless.

And yet does such historical pedigree, make an amoral ideology respectable?  Can it be that if "magic," which from one vew is merely the professional use of deception for purposes of gaining the dishonest or unjust advantage over others, is tied into such beliefs that it should be considered respectable (as your podcast/discussion on magic might seem to imply or suggest?)

Should if you ever do return to these points in upcoming episodes (and not merely those podcats pertaining to pre-renaissance and pre-modern thought), I hope you will be fair in not adopting the view or out of hand assuming that there are no spirits or spirit persons to back up amoral ideologies, because for one there are sound empirical arguments to support claims that in truth there are such entities, and second that if such exist, it certainly would go a long way in helping to explain the overwheliming power, influence, and persistency of immoral "philosophy," or systems of thinking that overtly condone or encourage bad and criminal behavior.

Meantime, I would submt and which I meant to impart in my earlier post, it seems only prudent to be skeptical about the moral integrity and trustworthiness of someone espousing magic or the putative "good" use of.

Actually I don't necessary think that magic or related practices like astrology need to be considered as having a moral valence, at least by the historian - certainly they were seen as "evil" by some contemporaries but to me these practices have more to do with an invocation of non-natural, or non-evident ("occult") powers, and the question of the immorality or deceptiveness of the practices is secondary.

As for whether there is any basis for these practices in reality, I have to admit that I don't take them seriously as really possible, but that doesn't really matter to me in terms of writing the podcasts. Just as I try to discuss theology's relation to philosophy, without presupposing whether the religious beliefs are true or false, what matters to me about magic is what the practitioners and authors of relevant texts believed about it. And of course many occult practices were taken to be obviously genuine in history by the majority of people or at least many people (witchcraft, alchemy, astrology etc) - this is precisely why the practices are important for the history of philosophy and science.

Yes, you are right. It is not

Yes, you are right. It is not guns that kill people, rather people do. Nor further have we reason to suppose that the Athenians in dealing with the Melians, as they did, did not mean well.

Yet the fact remains that magic, in practical experience and as we know from Blackstone Jr. and David Copperfield in its benign or innocuous form, is a sophsticated method of decieving others, and consequently is or might be used for criminal purposes. Should then such a dangers as it poses be brushed aside as irrelevant or trite, when the school of Thrasymachus is and always has flourishd so vibrantly? Or do you avoid this dilemma by arguing that what Thrasymachus advocated should not be morally judged, and that you neither approve or disapprove of it? If so, then is it sensible and wise for your listeners to trust your own honesty and integrity? If someone lies and cheats as means of becoming the stronger party, is it your view they ought not to be blamed because Tharsymachus is, in effect, right? Is that perhaps what you are implying? (Idon't say you are, but am only asking.)

If there are serious, professional criminals, and there it seems to me are, would they or would they not discourage the belief in criminal spirit persons; if we grant such existed? Surely they would; especially if the former acted, directly or indirectly, in partnership with the same; all the better to conceal the already well concealed criminal spirit persons they profit from and alongside with; both meanwhile understandably presenting themselves and passing themselves off as benevolent or, say, "natural" or "divine." Such at any rate is one possible view of the interpretation of the use of magic.

But then you might say - but there are no criminal spirit persons; either to commit crime and or pretend to good; for where is the proof of their existence? The response would have to be - who has ever fairly and rationally tried to prove them? Certainly not those, who out of hand, dismiss their possibility based on mere conventional prejudice and "what everybody thinks." Add this the premse that there actually are criminal spirit persons, and these and their accolytes presumably would add their own powers of persuasion to the addressing of this question.

While philosphers have sometimes addressed the question of evil in the abstract and in the groping at the theoretical foundations of morals, it is curious that neither they or scientists (outside perhaps from certain Church Fathers) ever discuss whether or not there are in real, practical life persons who adopt evil as an ideology and tool for greater power. If there are such, and they believe evil (as a tool) a positive good, is philsophy - and heavily funded universities -- immune from their corruptive influence? Indeed, is not this what some of the Church Fathers  were denouncing with respect to philosophy; namley its misuse as a tool for fraud, by means of which one might illicitly gain the upper hand and power over other people's thinking (including what such persons spend their money on?)

As someone acquainted with old radio tunes, no doubt you will recall that popular lyric --

"You can do magic
You can have anything that you desire
Magic, and you know
You're the one who can put out the fire."

Anything? Perhaps even and including philosophy?

(At any rate, at my own website at www.gunjones.com , I address more closely the above as well as other philosophical or philosophically related matters; in case anyone might possibly be interested.

Excellent podcast and episode, thank you!

The Warburg Institute must have updated its website to use search-engine friendly URLs, since the "Further Reading" link here for the list of Charles Burnett's publications now gets redirected to the Institute's home page.  The new URL is: https://warburg.sas.ac.uk/charles-burnett-list-publications

To the comment above on general reading: since this episode's release, a couple of books covering the broader historical context that have come out are Richard Kieckhefer, "Magic in the Middle Ages" (updated edition published 2021), and Sophie Page and Catherine Rider, "The Routledge History of Medieval Magic" (out in paperback in 2021).

And regarding references mentioned in the episode, at 29:47 I think he is referring to Nicolas Weill-Parot, "Points aveugles de la nature" ("Nature's Blind Spots") (2013).

Thanks, that's excellent - I will update the link. I do try to add more recent things when I notice but of course with hundreds of episodes it's hard to keep up. Though actually with the interview episodes I usually just have the guest's own works, not other things on the same topic. 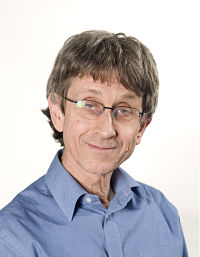